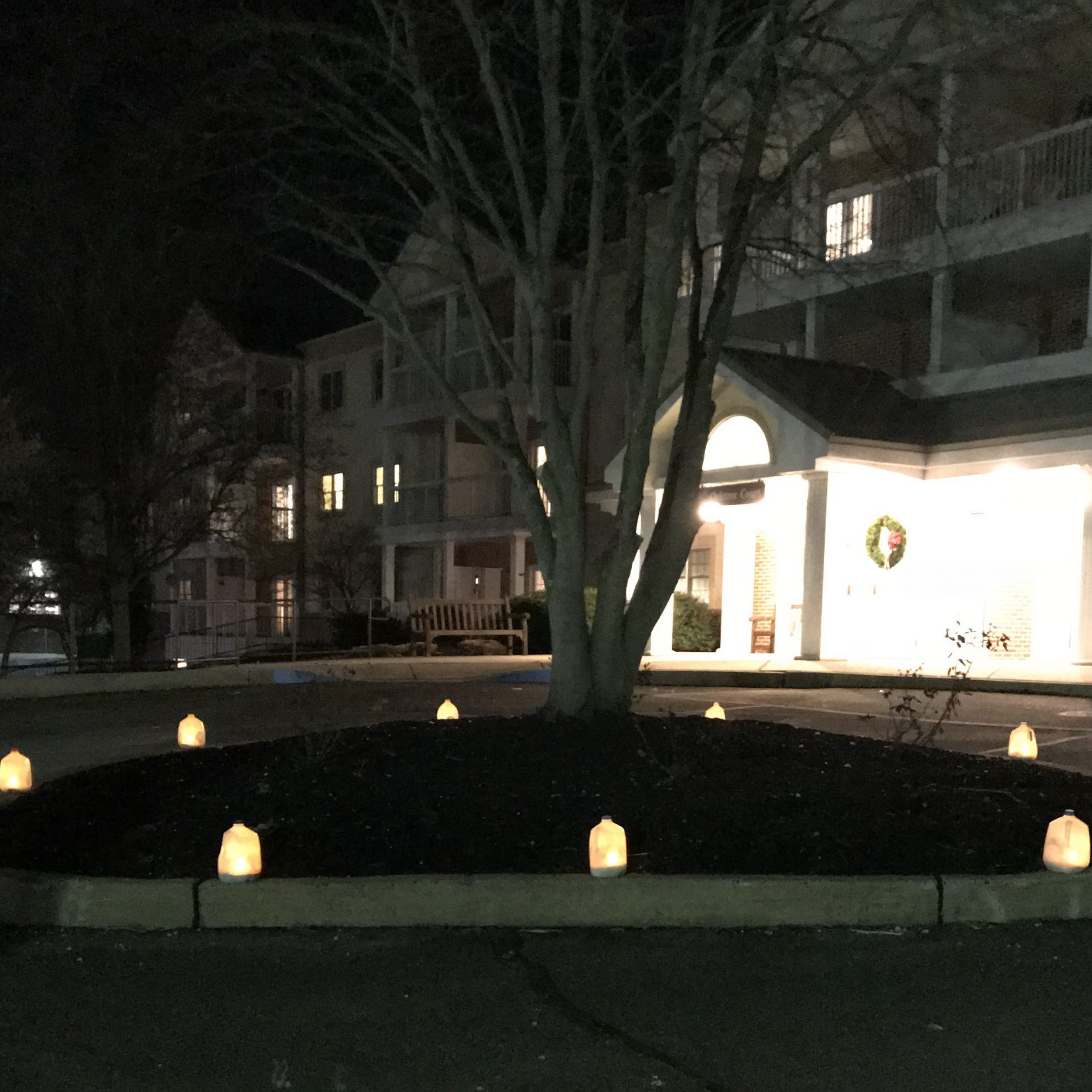 Grand Illumination raises over $5,400 for the Benevolent Care Fund!!!
For three days, luminaries were shining around the Frederick Living campus.

The Grand Illumination was kicked off with a concert by Joanna Mell, harpist.

Many donors thoughtfully honored friends and family, remembered family members and friends and were blessed by others and all gave donations to the Benevolent Care Fund to sponsor luminaries. Donors included residents, family members, staff, board members and friends of Frederick Living. The funds raised go to help residents, who through no fault of their own, have outlived their financial resources.

We are grateful to Univest Corporation who also was a generous sponsor of the event.

It took many hands…

A resident designed the artwork for the program. Wonderful volunteers cleaned and prepared the jugs that were used to put the candles in. Volunteers helped put sand bags in the jugs, others helped place the jugs around the campus and a team of volunteers lit the luminaries each of the three nights. Volunteers ushered at the concert and staff of the transportation department and maintenance department helped with collecting the jugs and storing them.

It was truly a community project and we are thankful for all the support. We hope to grow the event next year.

Holiday blessings to all.