The health and safety of Frederick Living residents, our employees and community partners is our top priority. We currently have 0 COVID-19 cases.  View the latest updates and information here.

View The Latest Info or
How You Can Help 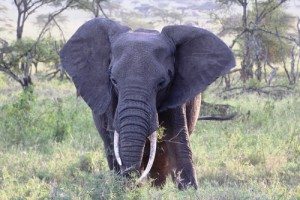 Christine “Chrissy” Brunner-Hoffman was born in a small town in Southeastern Pennsylvania. Her love of taking pictures started at a young age, along with her love of animals. It wasn’t until later in life that she began to love to travel, anywhere and everywhere.

At a young age of 41 she was faced with Breast Cancer. After fighting a yearlong battle with chemotherapy treatments, she won the battle. Realizing that her life could have been cut short at an early age, she decided to strive to help others that are not so lucky. Whether being struck by illness, the loss of a family member, or perhaps the loss of everything they own, it was time to make a difference.

Being an active member of St. Mark’s Church in Pennsburg, PA, she has participated in various mission trips to areas that have suffered unmentionable devastation. Places like Ocean Springs, Mississippi; Nashville, Tennessee; and Joplin, Missouri just to name a few.

A lifelong goal of hers was to travel to Africa to see the animals, up close and personal, and to talk with the local people and have some understanding of how they live and what they do “without” on a daily basis. That was the trip of a lifetime and from it came many pictures. With the help of friends and family, a collection of her photographs will be on display at Frederick Living during May & June.

The Gallery at Frederick Living is open to the public between the hours of 8 AM-5 PM. A portion of the sales from Christine’s photographs will be donated to the Frederick Living Resident Benevolent Fund.